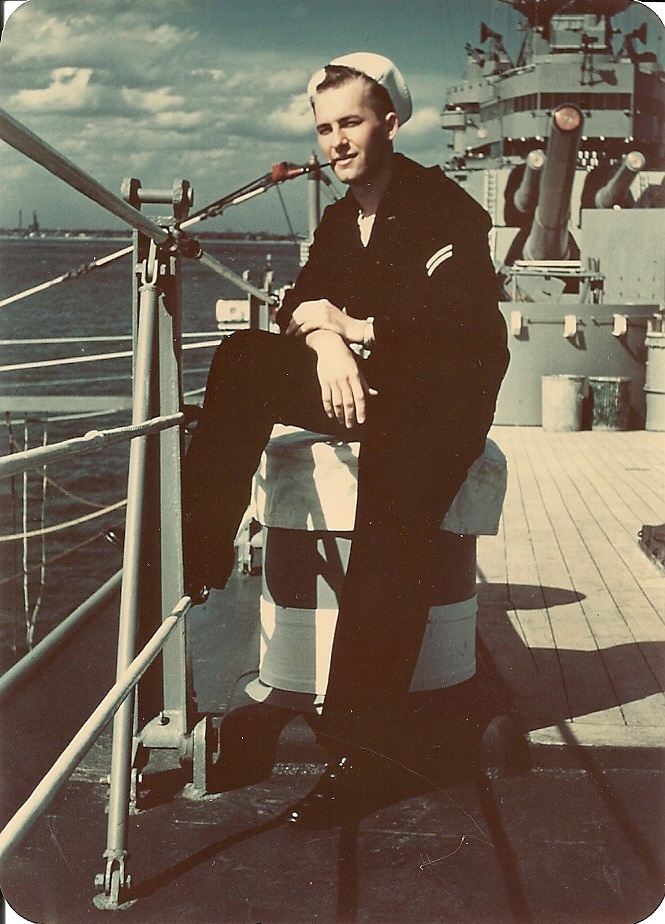 Last Tuesday, the large sanctuary at Resurrection Lutheran Church was almost completely filled as friends and family gathered to celebrate a life well lived by my Grandpa. While everyone was saddened by the fact that we miss him, we could not be happier for him as we know he lived an incredible life and is now in a place much better than any of us can imagine.

“It is truly an honor to have the opportunity to tell you about my Grandpa today. I knew him for the past 25 years but I wanted to know more about him and his life before all of the birthdays that I shared with him. As I listened to countless stories I have been fascinated to learn even more about an extraordinary man. I’m not sure any list of adjectives could truly do this man justice so I’d like to tell you a story.

On May 9th, 1950 a 17 year old boy “sawdust maker” asked a 14 year old girl to go to their school’s senior play with him. They were far from strangers. He had seen her walking home from school every day as he worked with his Dad in the yard. He had ice skated with her and friends. He had delivered the paper to her doorstep. He flirted with her any chance he could get. It was this day that the two of them started something absolutely beautiful as she said yes knowing that he was not just any 17 year old.

A man in constant motion. Once he embarked on a new adventure or project he couldn’t be stopped. Riding miles and miles on his bicycle with his gang of friends. Hunting, fishing, and boating. What a man? He convinced his woodshop teacher to turn woodshop class into a boat building class, boats that would later be able to be used to water ski behind. He and his friend even made it into the local paper by capturing hawks and driving around town with them perched onto the wooden contraptions they had fashioned onto their cars. How cool is that?!

These two were engaged before she graduated high school because he knew “you had to pick em young and raise them the way you want them.” His drive and ambition would lead him on a train to San Diego for Navy boot camp. He would then study electronics at Great Lakes and eventually serve as Fire Control for the 50 caliber Mark 7 guns on the USS Iowa. The education and experience he gained from his service in the Navy was very valuable and lead him to be a sought-after candidate in the work force when he returned. While most in his area were working for the GM plant in town he was picked up by a new technology company called IBM. He was a dedicated field engineer before moving to Cary, NC to manage the lab. Always getting up early to go into work on time even when his room was completely rearranged and he woke everyone up by running into something. He enjoyed his years at IBM but his true passion was woodworking.

After all, if it could be made out of wood he would probably make it. Candle-holders, bowls, bread boards, a canoe that could hold 7 people, an intricate grandfather clock made out of a tree that he and his brother cut down in their back yard, pieces of art for members of this church- the list goes on and on. For anyone who knew him, the smell of sawdust is an instant reminder of Grandpa. But nothing that he ever made would compare and be more cherished by him than “his girls” Hope, Patricia, Sandra, Lauren, Kimberly, and Julianne.

He would always bring back souvenirs for them from his travels, sit by their beds at night and rub their bellies to comfort them when they were sick, take them target shooting, take the family on cross-country road trips to see the national parks and go camping, make them laugh with his incredible sense of humor, sweeping a “buck snort” under the rug, encouraging them to eat all of their vegetables to put hair on their chest or have “wind soup and rabbit tracks” for dinner, and of course he spent time working with them in his shop as they filled shotgun shells or helped him build his canoe, all while whistling along to his music. He and Grandma sent all five daughters through private Lutheran school and allowed them all to be their own person and chase their own dreams. As his girls had children he and Grandma passed this same motherly and fatherly love on to their grandchildren as they’re family got bigger. He would teach us his ways in the shop, take us on walks along the path, and support us at all of our events. He was always great with children, chasing his young grandchildren around the house and playing on the floor with them.

But perhaps the finest gift of all that he passed down to his girls and their children are his talents, impeccable character traits, and love that can undoubtedly be seen in all of them and all of us. Whenever we walk into his shop and realize we won’t see him in there anymore all we need to do is look around at our fellow family members. In every single one of you I can see his creativeness, inventiveness, humor, determination, and commitment.

Today we celebrate the many accomplishments and fulfilling life of a truly great man. While we may miss him we couldn’t be happier for him as God accepts him into his kingdom.

In a story of true love that boy and girl, William and Hope, that went on their first date so long ago spent 67 years together as faithful husband and faithful wife. Wow. That speaks for itself and it serves as an incredible example to us all. My strong willed grandpa held on for his family and for the woman that he loved. My loving and caring Grandma stayed by his bed through the entire night until finally it was time for Grandpa not to say “goodbye”, but to say “see you later” as he joined his brothers and sisters in Heaven.” 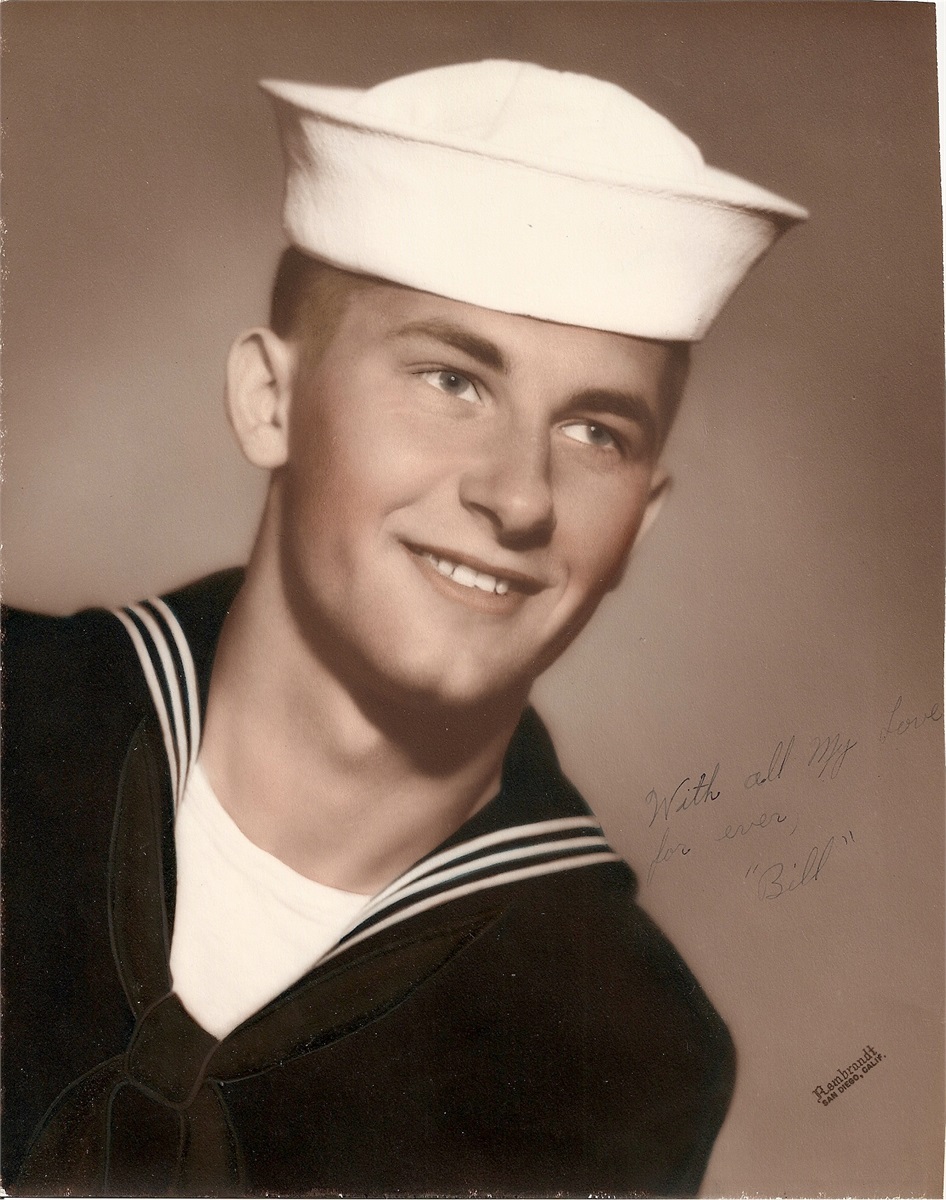 William Studt's naval photo with a note "With all my love forever, Bill" written on the side for his beloved wife Hope.